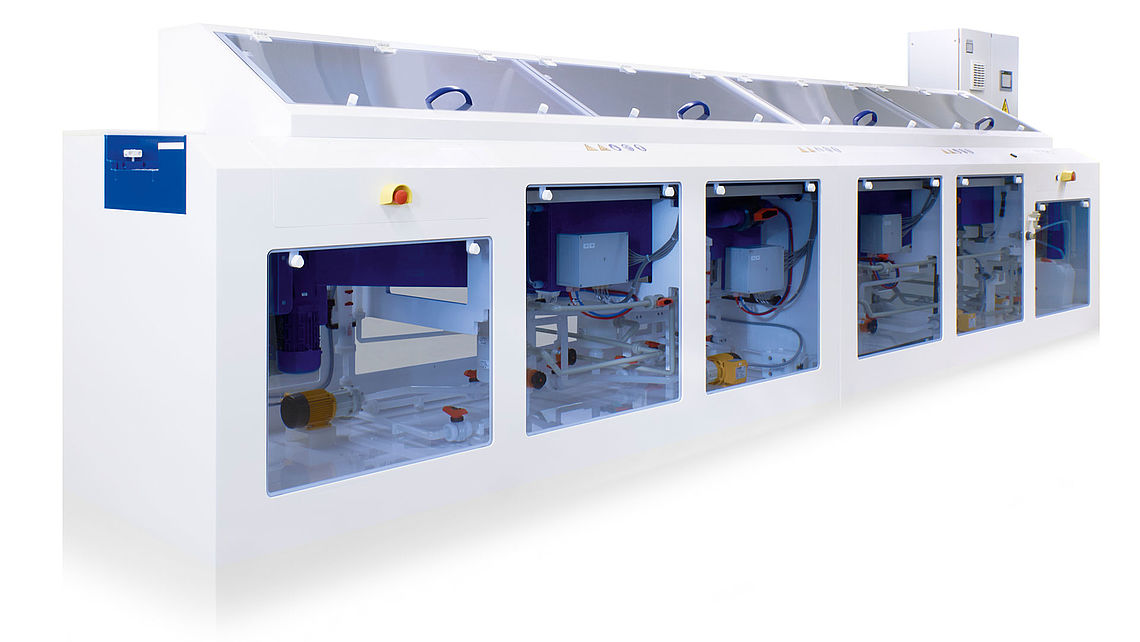 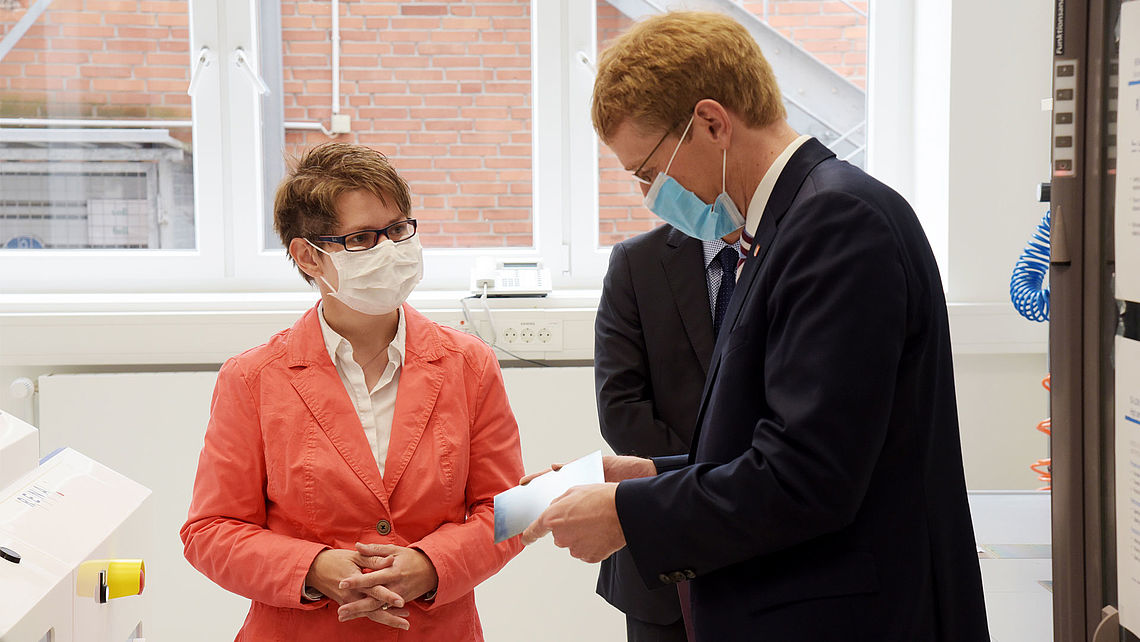 RENA Technologies and the Christian Albrecht University of Kiel are continuing their partnership under PorSSi, a joint research project funded by the Federal Ministry of Education and Research (BMBF) aimed at developing a manufacturing process for silicon anodes for use in lithium-ion batteries. Following development of the process at RENA, the next step has now been taken with the commissioning of the CAU pilot system. This InPorSi machine structures the silicon material within an electrochemical process and forms a porous silicon layer. This is an important prerequisite to manufacturing a durable silicon anode with high energy density. The innovative production solution enables inline processing of the material, ensuring the concept’s simple scalability for industrial manufacturing.

Daniel Günther, Minister President of Schleswig-Holstein, visited the university on July 2. While there, he presented the Faculty of Engineering with a notice confirming approval of funding of almost two million euros for the Laboratory for Reliable Battery-Powered Energy Conversion (BAEW), with half of the funding having come from the state of Schleswig-Holstein (WTSH) and the other half European funding. The Minister President officially opened the BAEW laboratory, in which the RENA machine will also be used, in the presence of project promoters Prof. Marco Liserre, Prof. Dr. Rainer Adelung and Dr. Sandra Hansen, and the CEO of RENA Technologies, Peter Schneidewind.

“With the RENA machine and the new laboratory, we will be able to process the silicon anodes produced to create batteries right on site. This will allow us to optimize the process parameters and battery design faster and more efficiently,” explained Dr. Sandra Hansen, who heads up battery research at CAU. Peter Schneidewind added: “We are pleased to contribute in this important way to scaling up this promising lithium battery concept for industrial use with our RENA machine and process know-how. The new machine has been rigorously designed to meet battery application requirements and boasts numerous innovative features that have been developed as part of the project.” Silicon anodes with a capacity of 3150 mAh/g have already been produced during the research project, which was launched in 2017. Conventional anodes made of graphite have a maximum capacity of 372 mAh/g, by comparison. The manufacturing process, the properties of the anodes and their integration into complete battery cells will be further developed during the course of the project.

Background: most lithium-ion batteries have been made with graphite anodes to date. However, the limited storage capacity of these anodes also restricts the energy density of such systems. Silicon, on the other hand, can hold significantly more lithium ions and offers up to ten times the theoretical energy density of graphite, making it an attractive alternative. The challenge with using silicon as the anode material is that it swells considerably during battery charging and can cause mechanical destruction of the anode. This limits the achievable energy density and the cycle stability of conventional battery cells with silicon anodes. With the approach being pursued in the PorSSi project, a porous structure is formed in the silicon, creating space for the material to swell within the anode and greatly minimizing or completely preventing any change in density. This enables the use of 100 percent silicon as an anode material with a correspondingly high cycle stability.

The Christian Albrecht University of Kiel is Schleswig-Holstein’s largest university and home to faculties of medicine, physics, law and engineering. The Functional Nanomaterials Chair of the Institute for Material Science, led by Prof. Adelung, combines electrochemical processes for semiconductor materials and the synthesis of complex nanostructures. The research group’s long experience in the area of electrochemicals and semiconductors allows for the manufacture of special surface structures for use in renewable energy and other applications.