The efficient fabrication and use of renewable energy sources is not only a responsible task for both our people and our planet but also a matter truly close to our heart. Since the beginning of large volume industrial solar cell manufacturing, we supply production equipment and manufacturing solutions for wet chemical processing of solar cells.

High product quality, maximum process reliability, efficient processes and technology as well as optimized process chains – RENA meets the challenges facing the solar industry with state-of-the-art process and automation solutions. We are experts in wet chemical applications and will support you throughout the entire life cycle of your RENA production equipment. 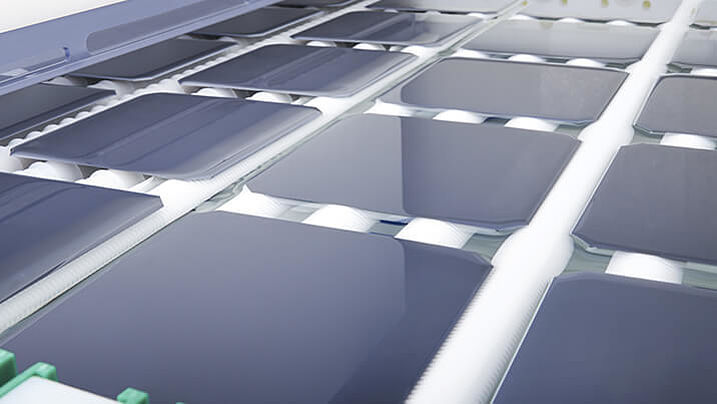 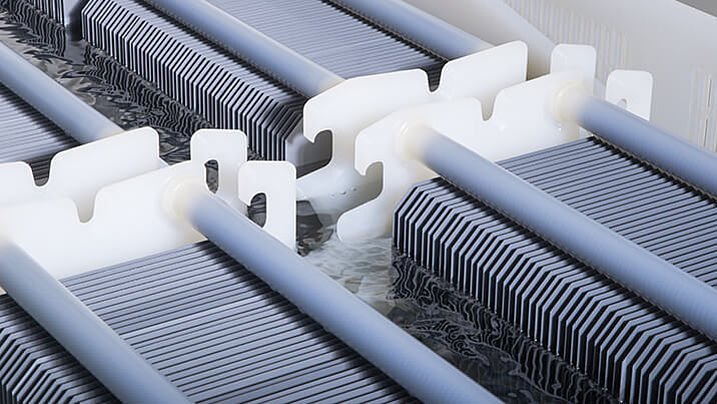 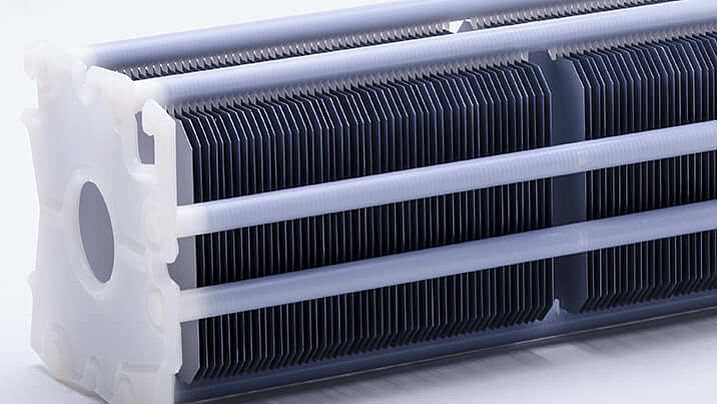 The fascinating field of photovoltaics shows how electricity can be generated with the help of sand and sun. The generation of solar energy is the result of complex chemical and physical processes within solar cell manufacture.

In a first step, the raw silicon is extracted from quartz sand. For use in the photovoltaic industry, the semimetal must be 99 % pure. The photovoltaic industry uses the semiconducting properties of silicon to generate solar power. In special furnaces, the raw silicon is melted at temperatures of over 1,400 degrees Celsius. Then a thin piece, the so-called seed crystal, is immersed in the liquid wall silicon and very slowly pulled up again. During this process step, the liquid silicon attaches itself to the seed crystal and solidifies. Over the course of four days, a silicon rod up to 2.8 metres long is formed. This round basic crystal, called ingot, is now cut into a rectangular shape. This step in solar cell manufacture is done for purely practical reasons. Later, square solar cells are much easier to attach to the surface of a solar module. The ingots are cut into 0.15-0.18 millimetre-thin slices with a very fine wire saw. The individual slices are called wafers and form the basis of each solar cell and thus of the manufacture of solar cells.

After the wafers have been cut, they are cleaned in inline or batch cleaning systems. The surface of the wafers is severely damaged after sawing. On the one hand, there are micrometre-deep cracks with disturbances in the crystal structure in the surface and on the other hand, there are areas that are very smooth and highly reflective. Therefore, several etching steps follow to remove the sawing damage with simultaneous texture etching. If you put the cell under a microscope afterwards, you can see the resulting pyramid structure. With this piled-up pyramid structure, the light is refracted several times so that the incident light can be used much more effectively.

The next step in the manufacture of solar cells is diffusion. Here, a negatively charged phosphor layer is applied to the positively charged basis of each wafer. In a furnace heated to about 900 degrees Celsius, phosphorus is injected with the help of nitrogen. The gaseous phosphorus-nitrogen mixture is deposited on the wafer. However, this diffusion should only take place on one side of the cell in order to obtain opposite poles at the ends. Therefore, with the help of edge isolation, one side of the cell is etched off onto the base material. This way, the P-diffused zone is still preserved on one side and the B-diffused base is exposed on the other side. On the diffused side, an oxidised diffused layer is formed on the wafer. This so-called phosphosilicate glass must be removed without damaging the underlying diffused silicon area. This is done by PSG etching, an additional edge isolation step. The wafer must then be passivated by electrically inactivating the wafer surface. This is done separately on the front and back sides and follows different strategies. This process gives the cells their characteristic dark blue layer at the front.

At the interface between negatively and positively charged layers, the free charge carriers generated by the light are separated. This generates an electric current. But how is the current, which was generated in the individual cells, transported? A stamp presses a silver alloy onto the front of the cells. This creates the typical grid pattern. This silver layer ensures that the electricity can be transported later, when the manufacture of the solar cells is complete.

The solar cells are now ready. They can generate and transmit electricity. But each cell has a different electrical efficiency.  In a series of tests, the efficiency of the cells is evaluated and sorted. After the test phase, the solar cells are assembled. The cells are soldered together so that voltage builds up. The next step in the manufacturing of solar cells is known as lamination. The cells are assembled behind a sheet of glass. This protects them from the weather for more than 25 years. A solar module contains 60 cells. When several modules are connected together, a solar power plant is created that generates electricity from the sun and sand.

RENA Technologies GmbH, as a global leader in technology, offers integrated production systems for wet chemical surface treatment. This includes automatic as well as manual wet process equipment for the manufacture of semiconductor products for a wide range of sectors - also for photovoltaics and the manufacture of solar cells. For etching and cleaning of primewafers, RENA offers automatic wet process equipment with carrier-less option and flexible input and output solutions. 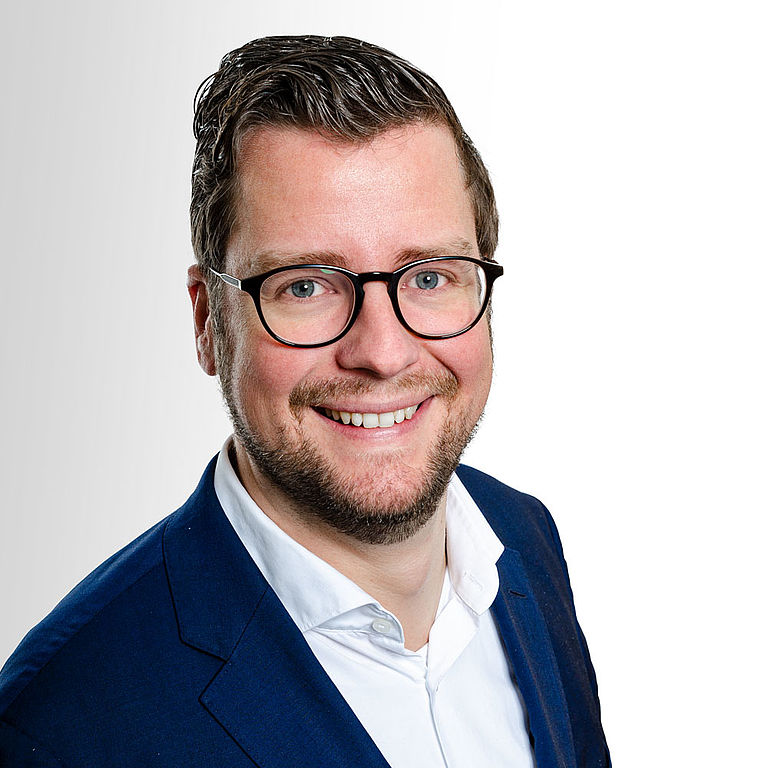 VP Sales
Dr.-Ing. Ulrich Jäger
+49 7723 9313-407
contact us
Contact our Experts
We are happy to help our customers find efficient and process-optimized solutions for their wet processing applications.
ResponsibleResponsible for the following countries:
Worldwide