As a global leader in technology, RENA Technologies GmbH offers integrated production systems for wet chemical surface treatment. This encompasses automatic and manual wet processing systems for producing semiconductor products for all manner of different sectors. These innovative solutions can be used in FEOL and BEOL applications to produce prime wafers, chips, and MEMS, to plate all sorts of different substrates like SiC wafer or GaN wafer, and for reel-to-reel processing. 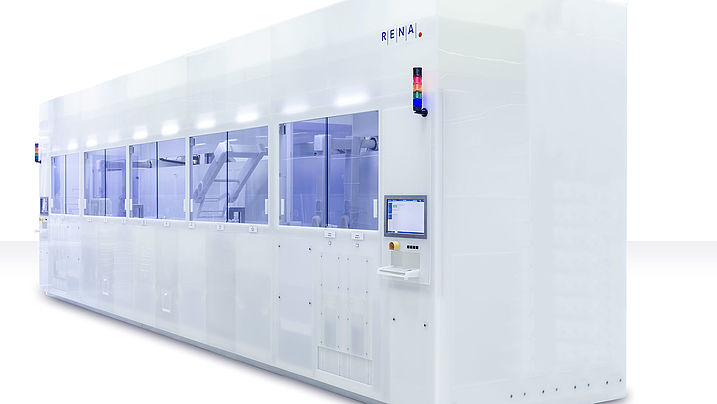 RENA offers automatic wet processing systems with a carrierless option and flexible input and output solutions for etching and cleaning. They are designed to support high throughput rates and precise process control. 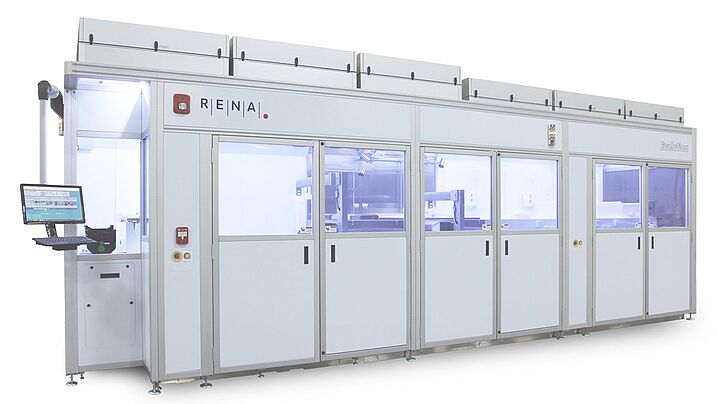 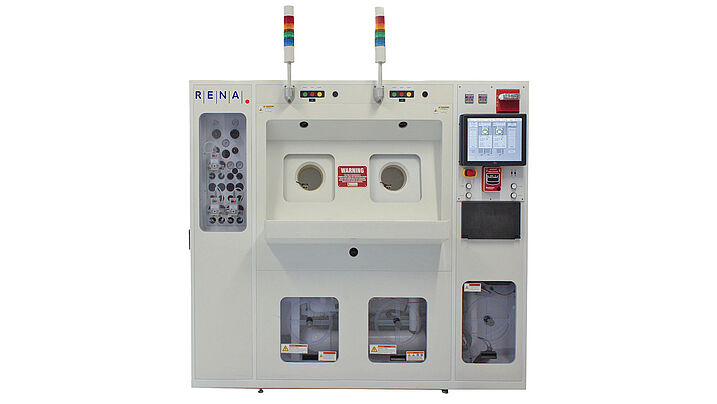 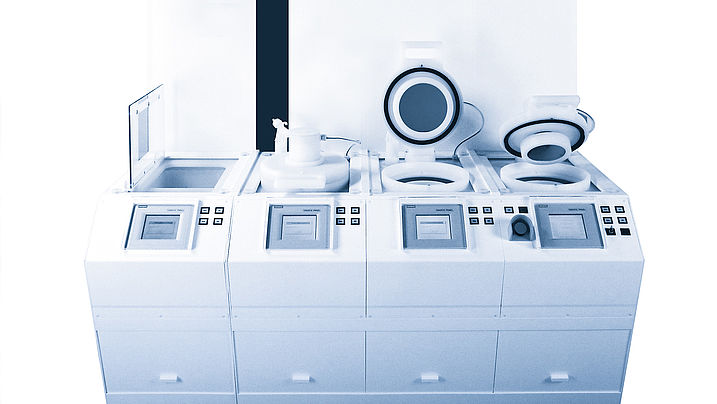 RENA platforms for metal plating boast a high degree of flexibility and a modular design. They facilitate manual and automatic plating with pure metals and alloys of Au, Ag, Cu, Sn, Ni, or SnAg on a variety of substrates. 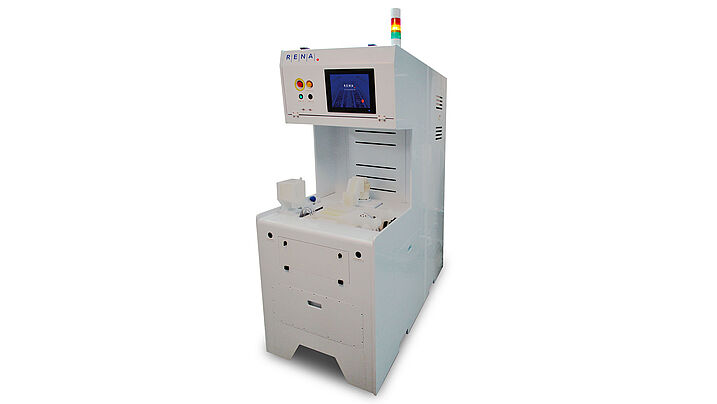 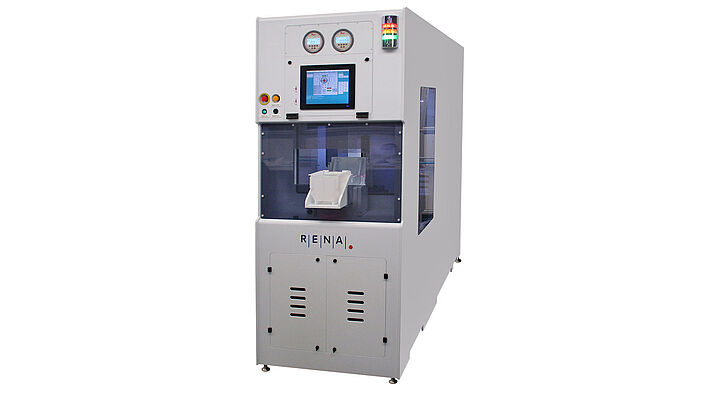 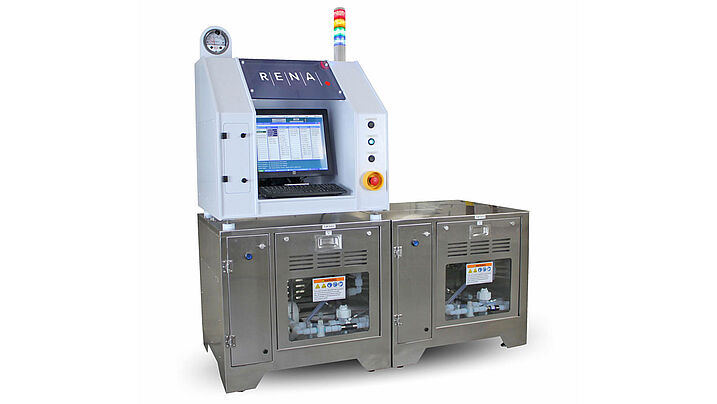 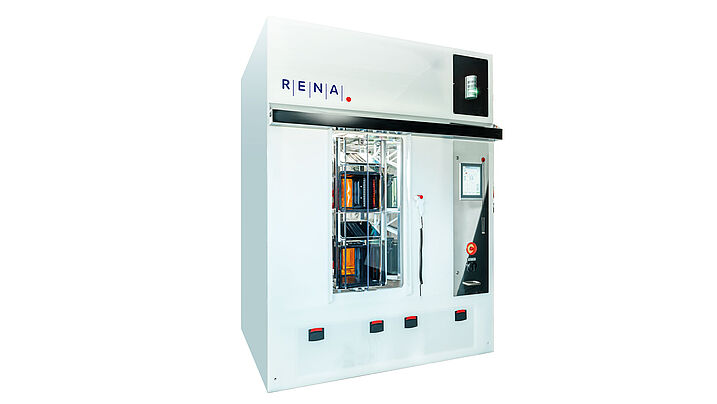 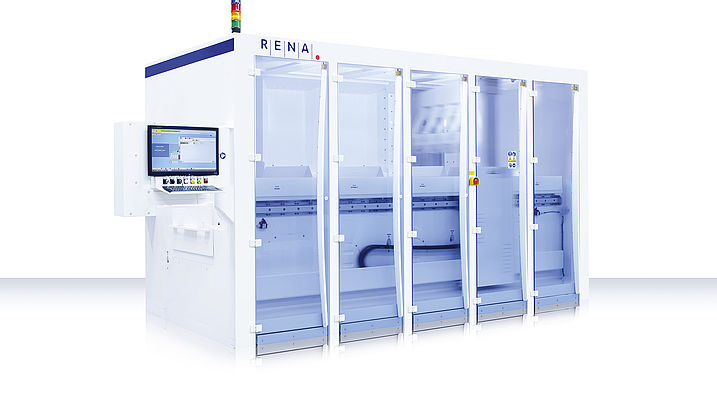 Chips or microchips consist of a semiconductor compound in which complex electrical circuits are inscribed. They fulfil various functions as processors, memory chips and single-chip systems. They can take on several tasks, are programmable and are used in artificial intelligence. The architecture of the circuits differs depending on the task.

Semiconductor chips are made from wafer-thin, round semiconductor plates. These usually consist of pure silicon, which is extracted from quartz sand. These wafers are treated by processes such as lacquering, exposure and etching. This creates three-dimensional structures through which currents are conducted: the circuits. A single chip is around one millimeter to a few centimeters in size. At the end of the manufacturing process, the chips are mounted in plastic housings before being installed in electrical appliances.

Wafering
Wafering systems from RENA are characterized by their high level of process control by means of precise process monitoring. That way, a flexible and exact adaptation of the system to your production specifications is possible. In the acid etcher, wafers can be changed in less than a second thanks to a high-speed converter.

Wafer Drying
The drying process is essential for the quality of the wafers. In the RENA Wafer Drying Systems, variables such as cleanliness and drying speed can be individually adjusted. 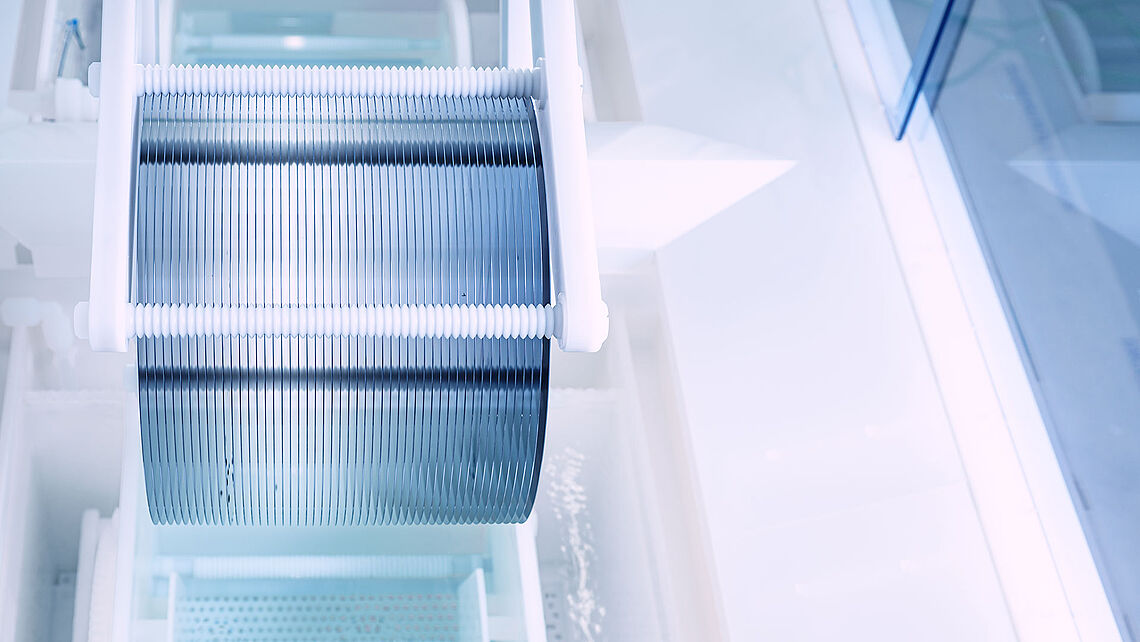 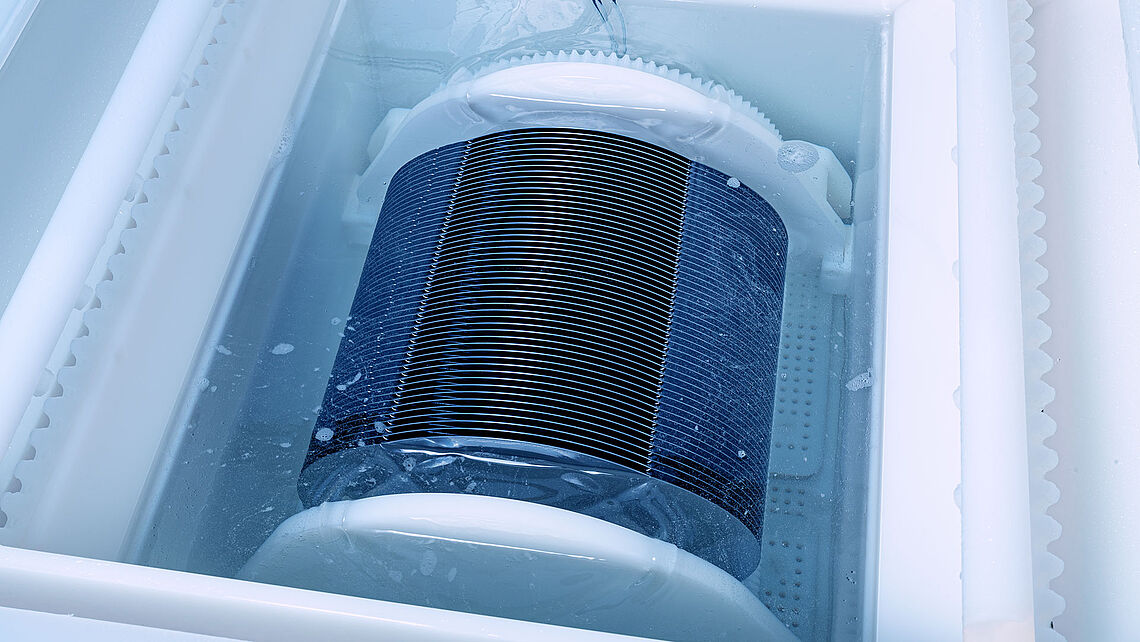 Batch immersion
RENA offers automatic and manual wet banks for the surface treatment of wafers. Fast and optimized production is possible thanks to Batch Immersion.

Batch Spray
RENA has developed Batch Spray platforms for wet processing with acids and solutions. Such systems are very common in the production of semiconductor chips and can easily be adapted to individual needs.

What makes our machines stand out?

With us, you can not only purchase machines with standard designs, but also customize machines specifically to your requirements. Moreover, not only the machines themselves are manufactured by us, but also the processes come from our company. This way everything comes from a single source and is accordingly well coordinated. Not only does this safe you money, as our machines are less error-prone, but also gives you the most precise results. If you have any questions about us or our products, do not hesitate to contact us. We will be happy to advise you!